When I add an exception to NS 10.1.5.1 It only remembers it for the session. It doesn't get stored in storage-sync.sqlite as I can confirm with an sqlite viewer/editor on my linux system. When I restart the browser I see annoying xss popups, some times multiple of same kind such as having window.name in it, when I visit any of the affected pages.
p.s. The cookies saved by default for session, the data I clear on shutdown is like in screenshot below, dunno if it affects it. 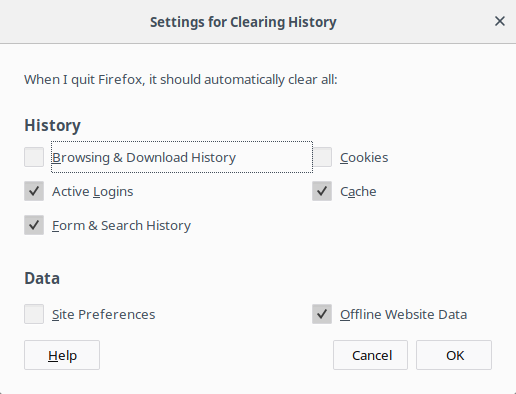 Screenshot taken from my alt profile, running with LC_ALL=C in command line. Main profile has the same setting.
Edit: Unchecking Offline Website Data doesn't help anything. Still getting warnings while visiting affected site after browser restart.
Edit2: 10.1.5.2 10.1.5.3 is still affected. It doesn't save XSS exception after restart either. Also if site triggers multiple XSS, dialog pops up even after closing the tab which is weird.
Edit3: Fixed as of earlier version I didn't bother checking earlier, disregard this post.